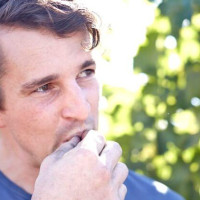 by Simon Killeen of Simao and Co., AAVWS Committee Member

When I was about five, I vividly remember driving in the vineyards with my dad, proudly announcing my understanding of the varieties we had planted.  I explained to him the wines they made. “Shiraz makes Shiraz, Muscat makes Muscat, Port makes… Where’s our Port planted?”

“Shiraz, Durif, Touriga.  Port is a style, not a variety.”

It was at that moment, followed by further discussions with Dad that day, I became aware of alternative varieties and their role in fortified wines.

Durif and Touriga are varieties that I grew up with, thus I never thought of them as obscure or alternative; they were just what we had planted.  They, alonge with muscadelle and brown muscat, were the status quo for me.  At the time Dad was about to embark on brave and focused  planting program which would see traditional Portuguese natives Tinto Cao, Tinta Roriz, Tinta Barrocca and (more) Touriga Nacional be planted on the farm to be specifically used for fine Australian port production.  Some varieties that he sourced were with the help from indeed another AAVWS champion, Mark Walpole.

Looking over notebooks of my Great-grandfather and other local literature, I realised that fortified wines and producers were the “O.G.’s” of alternative varieties!! Touriga Nacional, durif and alvarelhao have been planted in Australia for over a century planted, mainly for port wine production, as has palomino and pedro ximines for sherry production.  Other curly ones, such as doradillo and ugni blanc were planted to the produce base wines that would be distilled to make the spirit used in fortification.  Some of these are barely known in Australia today yet they were a part of the foundation our great industry stands on.

Rutherglen, my home town, was at the forefront of the wine boom in the 1890’s through to the 1920’s, producing a good slug of Australia’s fortified wine and red wines for export.  The region also had a Viticultural Station, leading research into new varietals and rootstocks.  Touriga, Tokay, Gouais, Spanish Pedro, Monbadon, Bonvedro, Alvarelhao and Alicante Bouschet were regular plantings of the vignerons at the time, not just in Rutherglen but across Australia.

Growing up with these varietals inspired me to look further afield for knowledge about them. This research took me to Portugal, naturally, where I visited vineyards filled with old local varieties used for making port wine.  Some of these spots had up to fifty varieties interplanted within one block!!  Each varietal leading it’s own individual contribution to the greater, co-fermented blend.

However, after an eighty-year lull in production, we seeing these varietals being planted again and embraced in an exciting way.  Tempranillo, the Spanish moniker of the previously mentioned Tinta Roriz, is now muscling its way to be a normal addition to the dinner table as a versatile red wine.  A small but brave contingent of vignerons are embracing, trialling and making varietal wines from Arinto or Tinto Cao or Touriga Nacional.  But of course, you can’t ignore the humble fortified wine sector of Australia whom, again, have been using these varieties far longer than most.  These Vignerons have an invaluable understanding of the growth characteristics, the flavour development and ultimately, the wines that can produced from these varieties.  The famed Muscats and Topaques, produced from brown muscat and muscadelle respectively, also manage to earn the title as unique and unrivalled wines of the world.

So, next time you see a fortified wine on a restaurant list or at nanna’s house, remember that these are the original champions of alternative varieties in Australia.  Fetch me a glass of fine dry apera or an old Muscat!

The Australian Alternative Varieties Wine Show has a specific Apera Class as well as a general Fortifieds class. Entries in the 2019 show are open online now, closing Friday 6 September.